Iraqis pick up the oil watch 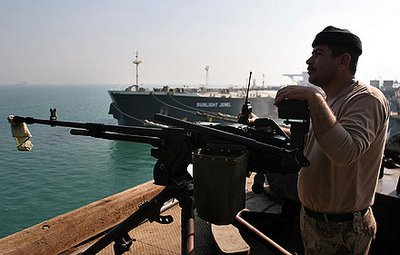 The Iraqi navy consists of four patrol boats, given to Iraq by the United Arab Emirates, and a few small, fast boarding boats.

“They’ve made a significant amount of progress,” said British Capt. Paddy McAlpine, who overseas the operation from the San Jacinto. “At some point in the future, we’ll be able to stand back.”