Cyclone Class PC's back in favor? 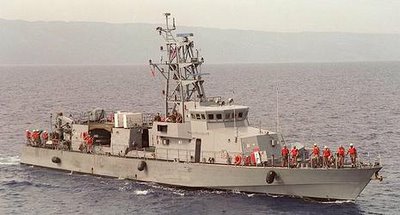 After years of trying to give away its 14 Cyclone-class patrol boats, the Navy is reversing course, according to Navy Times. Now the Cyclones will form the backbone of a revitalized coastal gunboat community based in Little Creek, Virginia...
...Against the backdrop of all this fumbling, the Navy was starting to think hard about its future fleet. The consensus was that it needed more hulls suitable to the litorrals. Grand plans were drawn up for a large force of corvettes (LCS) and catamarans (JHSV). Then somebody realized the Navy already had coastal vessels at its disposal. Last week, the commander at Little Creek announced that the Coast Guard Cyclones would be returned to the Navy, the two Pacific boats would make their way to Virginia and new doctrine would be developed to employ the Cyclones as coastal gunboats and mobile training units for small navies.