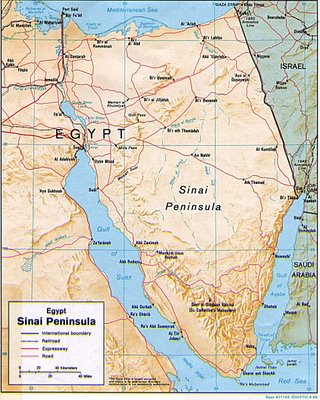 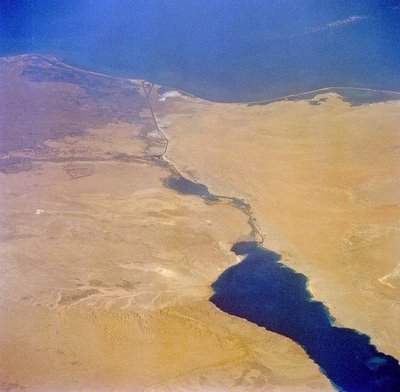 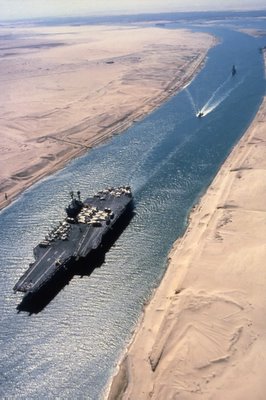 Egypt and Israel are responding to warnings of possible al-Qaeda terror attack along the Suez Canal as reported here:

Egypt put its installations along the Suez Canal on high alert over the weekend after receiving warnings of a possible terrorist attack by al-Qaida on ships in the strategic waterway.

The alert coincidentally followed a report in The Jerusalem Post (NB Eagle1: see here) Friday that the Israeli Navy had decided to avoid the Suez Canal out of concern its vessels would be targets for Islamic Jihad terrorists.

Egyptian canal officials and security sources told news agencies that the warnings had come from Egypt's embassy in Denmark, but did not give details about how the embassy received the information.

Egyptian security forces barred fishermen from the waterway and closed some roads leading to the canal, especially in the area between Ismailia and the northern entrance of Port Said.

Security was beefed up along the patrol roads parallel to the canal that are used by security and other authorities, an official from the Suez Canal Authority told news agencies.

Shipping in the canal, which is a major international trade route running between the Mediterranean and Red Sea, has not been affected by the measures, one official said.

Effect of stopping or slowing shipping flow through the Suez Canal here by the US Energy Information Adminstration:

UPDATE: You might recall the crude rocket attack from August 2005 here and here. Are the Jihadists plannning a large attack to coincide with the upcoming Iraqi elections so as to swamp media coverage of that important event? My guess is "Sure they are."
Posted by Mark Tempest at 12/11/2005 08:52:00 AM