Meanwhile, back in the Strait of Malacca : Indonesia gives nod to Australian air patrols 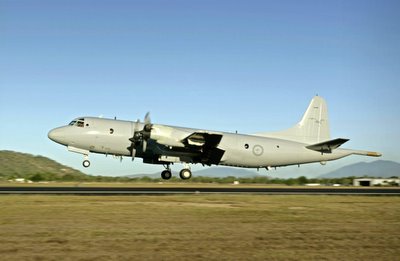 Indonesia has given guarded support to a plan for Australian navy patrol aircraft to help guard the strategic Malacca Straits against terrorist attacks and piracy.

But reflecting diplomatic sensitivities in Jakarta and Kuala Lumpur about foreign intervention, Mr Downer said Australian aircraft would fly only with observers from one of the three neighbouring countries on board. 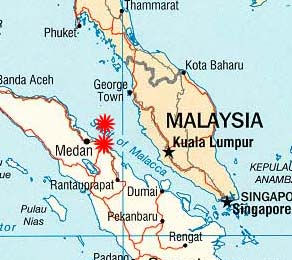 UPDATE: Some background on the issues involved with the littoral states here and at the links therein. Red splashes on map reflect previously reported pirate attacks.
Posted by Mark Tempest at 12/11/2005 09:09:00 AM