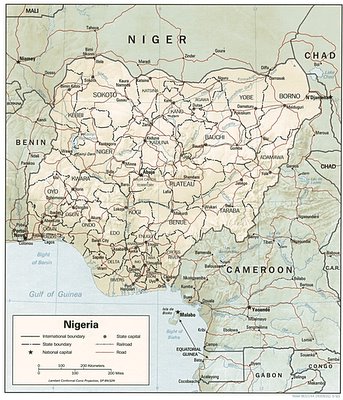 The menace of pirates, crude oil thieves and sea robbers in the oil producing, area of Niger Delta were the major issues discussed when the Navy authority deployed its fleet last week on patrol of the Gulf of Guinea to test the ability of its officers on the war against these threats.
The officers who were led to the battle zone by the Chief of Naval Staff (CNS), Vice Admiral Ganiyu Adekeye openly expressed the need of the navy to be on constant patrol of the area, insisting that the nation’s multi billion dollar bonga project must not be left unprotected.
Particularly of concern to the top naval chiefs who were also on the tour tagged “Operation Igbochi” was the frequent invasion of the waterways by sea robbers and pirates, vowing that the action must stop as the force would not hesitate to unleash terror on suspects of crude oil thieves and pirates...

...Adekeye led the exercise which saw the deployment of over 500 naval personnel to the Gulf of Guinea to display the forces capability to protect the country and its facilities at sea against attack by insurgent’s irate youths.
For instance, the Bonga oil field which lies 130 nautical miles from the coast in waters more than 1,000metre deep, remains the priority of the navy and with increasing activities, in terms of oil production, growing in the area, the navy’s responsibility in the area is heightening.

In 2004, Nigerian crude exports to the United States averaged 1.1 bbl/d. In December 2004, President Obasanjo announced intentions to supply up to 15 percent of U.S. oil imports.

Twelve Russian sailors convicted of smuggling crude oil from Nigeria have arrived back in Moscow from Africa.
The men were convicted earlier this month but later released after having spent two years in detention.

Some 30,000 barrels of oil are believed to be lost to fuel thieves each day in Nigeria.

Coverage of the "missing tanker" here.