Mombassa getting congested due to piracy 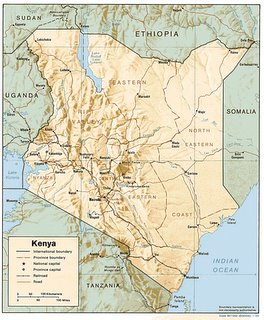 Interesting goings on in Kenya and on the East African coast, reported here:

The rise in piracy along the East African coast could cause heavy congestion at the port of Mombasa, Kenya Ports Authority (KPA) management has warned.

Managing Director Brown Ondego warned that the East African coastline was increasingly becoming unsafe and ship owners had started to steer clear of familiar routes to avoid the pirates.

"The situation is of concern to us because ships are being attacked within 200 kilometres from the coastline," Ondego said at the opening of an international maritime conference in Nairobi. He said increased risk had led some ship insurers to hike their premiums.

Vice-President Moody Awori and Transport Permanent Secretary Gerishon Ikiara promised the conference that the situation would soon be under control as the international community had agreed to help fight the pirates.

"Piracy along the Indian Ocean coast is of major concern to us and a direct threat to commercial activities along the entire East African coastline," said Awori who was chief guest at the conference.

"The Kenya Government in conjunction with the Government of Somalia and other governments in the region are teaming up to find a lasting solution to the problem."

Ikiara said the Government had sought and got the commitment of the international community solving the problem.