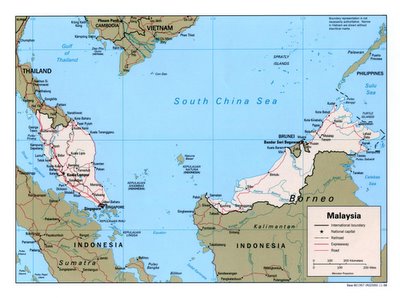 The tanker Steadfast carrying 16,000 metric tons of vegetable oil is missing and pirqacy is suspected as reported here:

Regional marine police and navies were hunting Wednesday for a Singapore-owned ship and its crew, feared to have been hijacked by pirates in the South China Sea, a maritime official said.

The Steadfast, a chemical tanker carrying a cargo of vegetable oil, departed Palembang in Indonesia on Dec. 18 and was due in Singapore the following day, said Noel Choong, head of the Piracy Reporting Center of the London-based InternationalMaritime Bureau.

"It is suspected to have been hijacked by pirates after departing Palembang. The regional authorities are looking for her," he added.

Chong said regional marine police and navies were involved in the search, but declined to specify which countries they were from.

The waters where the vessel went missing are bounded by peninsular Malaysia to the west, and Indonesian and Malaysian parts of Borneo island to the east.

An attack outside the Malacca Strait may mean the deterrent patrols in the strait have caused the pirates to seek safer waters to work in.