An ally bites a bullet to help stop terrorism 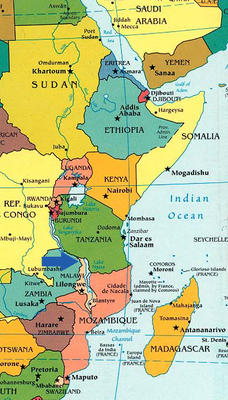 Although the UN refuses to call a shovel a shovel,the African country of Malawi has stepped up and chewed a bullet to help fight the GWOT as reported here (ironically, a UN website):

Malawi's cancellation of a US $30 million deal to buy fertiliser from a Saudi company because of its alleged links with al-Qaeda could delay a government subsidy plan for poor farmers, a senior official told IRIN.

"We are at the beginning of the rainy season and farmers will start planting anytime now - it is critical that they get the input in time. Unless alternative arrangements are made to source the fertiliser, there would be a delay in the distribution of fertiliser coupons," said Michael Kamphambe-Nkoma, Malawi's High Commissioner to South Africa...

Malawi, reeling from crop failures that have left almost half its people dependent on food aid, has cancelled vital fertiliser imports from Saudi Arabia over reported al-Qaeda links, a minister said on Wednesday.

Malawi had planned to import more than 130,000 tonnes of fertiliser at a cost of $38 million through an unidentified Saudi company as part of a universal subsidy programme to help farmers grow food.

But Finance Minister Goodall Gondwe told parliament in the capital Lilongwe on Wednesday that the deal had been cancelled after the American bank involved in the transaction raised concerns that the company had links with al Qaeda.

"Malawi was dealing with a Saudi Arabian company and when we were about to pay through an American bank, Citibank, we were advised against that because they said that the company had al Qaeda links," Gondwe told parliament.

"(The) Citibank investigation also revealed that this company was just a broker for a Ukrainian company," he added.

I note the UN reports:

Gondwe said the government had identified the Saudis because their fertiliser was the cheapest, but the government had not yet paid the firm and the money was still in the country's central bank. "We are now dealing with [fertiliser] firms from Ukraine and Thailand," he noted.

So all is not lost. The US might want to help out to reward this type of selflessness from an ally.