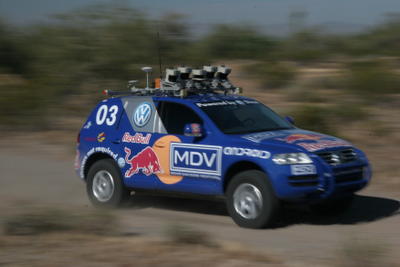 Speaking of drones, the DARPA guys offered up a prize and some really smart people took up the challenge - to create a vehicle capable of self-direction over rough terrain from Point A to Point B and the results are impressive as reported here:

It's an incredible feat. Giving robots the intelligence and the vision to manuever over all that rough terrain was considered closer to science fiction than science fantasy not too long ago. I'm beyond impressed. And so is the Pentagon. "I don't know if I'd go 'moon shot,'" Darpa director Anthony Tether told the Merc-News. "It's closer to the Wright brothers."

Image from Stanford Racing's website. Carnegie-Mellon is also heavy into this as you can see from their racing team site. Besides, they let their teddy bear wear the 2nd place medal. 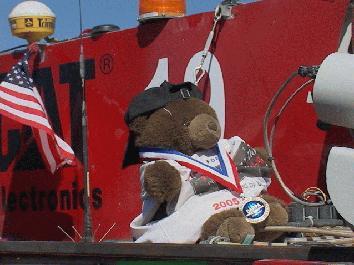 Should note that Zoe Brain reported on this race a couple of days ago here.