NTSB report on collision of USS Greeneville and Ehime Maru 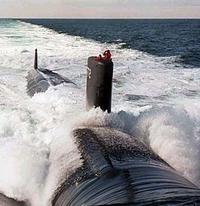 National Transportation Safety Board report on the unfortunate collision between the submarine USS Greeneville and the Japanese vessel Ehime Maru:

In its review of the events in this accident, the Safety Board determined that qualified and experienced members of the combat management team (the conning officer, the FTOW, and the sonar supervisor) as well as senior officers who happened to be in the control room failed to follow procedures designed to ensure safety in operations. The teamwork problems demonstrated on the day of the collision were due in part to the CO's overly directive style, particularly with the OOD-2. However, the failure of key watchstanders to effectively perform their duties and communicate vital information to the conning officer contributed to the CO's committing the following critical errors:
-Failed to perform adequate contact analysis;
-Rushed the procedures for moving to periscope depth; and
-Ordered an emergency surfacing maneuver in the direction of a contact.
-Contributing to the operating errors of the combat systems team was their failure to adequately manage the civilian visitors so that they did not distract the watchstanders from the efficient execution of their duties...

UPDATE 10/21.05: CDR Waddle agrees with the findings according to this.

"It was an ugly event," Waddle told The Honolulu Advertiser newspaper in a telephone interview. "But the one guy who is responsible is the captain and the buck stops there."

The NTSB concluded that Waddle's hasty order to conduct an emergency surfacing drill nine miles (14.5 kilometers) south of Diamond Head caused the submarine's rudder to slice into the hull of the Ehime Maru, a Japanese high school fisheries vessel.

The report also put blame on the crew's failure to communicate and to manage 16 civilian visitors so that they didn't get in the way.

The Navy has acknowledged that the emergency maneuver was performed for the benefit of the civilians.

The surfacing procedure was rushed because it was believed to be safe. No one would have done the emergency surfacing had they known a ship _ referred to by submariners as a "contact" _ was that close, Waddle said.

"The civilians, although not directly a hindrance, were a distraction," Waddle said. "And, no, they were not properly managed. The submarine was at sea for one purpose and that was to entertain them for the day. And my team _ myself included _ failed to manage the contact picture adequately."