This ought to make the US submarine community feel better as sub experts gather:

The specter of a war with China over Taiwan was one of several global security issues that drew U.S. submarine officers from around the world to a top-secret meeting at the Naval Postgraduate School this month.

The fact that more than two dozen Navy leaders met under the highest security in Monterey puts the Navy school on the front line of a developing Cold War-type scenario in the Pacific. In recent months, military exercises there have been marked by tense diplomacy and saber-rattling between the U.S. and China.

Under security conditions that one Pentagon insider described as "impenetrable," Chief of Naval Operations Mike Mullen was quietly whisked in and out of town Sept. 28 and Sept. 29 to address the admirals on undisclosed military and security topics, said Mullen's spokesman, Cmdr. John Kirby. He said Mullen, the Navy's top officer, was invited by the admirals. During his quick trip to the Peninsula, Mullen visited Fleet Numerical Laboratories.

Kirby said he could not comment on whether Mullen discussed China and the Pacific with the submarine commanders, but he said Mullen talked about the future direction of the Navy and "the crucial role of the submarine forces." In 2006, the Navy plans to rapidly develop its anti-submarine warfare technology, according to a report released Friday by Mullen.

Guam, once again, becomes a vital part of the US Defense structure. Below are photos of Apra Harbor and USS Houston (SSN-713) which is homeported there. 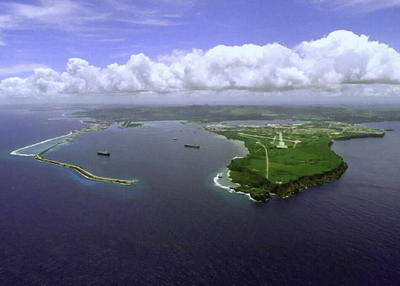 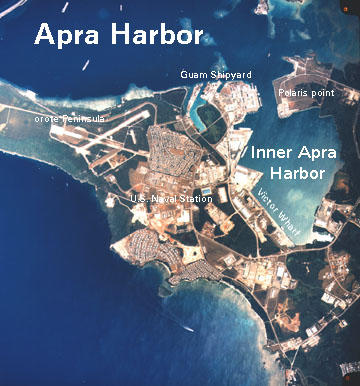 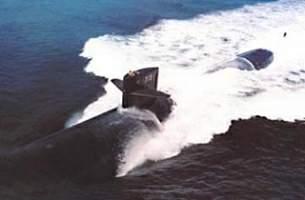