Off the coast of Vietnam in 1972, after the North Vietnamese started the Easter Offensive, the big gun ship that began patrolling the South China Sea was USS NEWPORT NEWS (CA-148), one of the heavy cruisers carrying 8-inch guns. 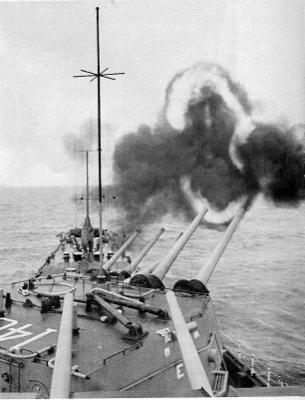 Such was her importance that ammunition ships on scene transferred deckloads of 8-inch when they met on their rotation to and from Subic so that there was a sufficient supply on station at all times.

And the NEWS undertook some interesting missions, one of which took them into Haiphong for some shore bombardment as set out here. Accompanied by USS PROVIDENCE (CLG-6), USS ROBISON (DDG-12) and USS ROWAN (DD 782), the mission was to be "a naval gunfire strike against targets in Haiphong, Do Son Peninsula and Cat Ba Island." 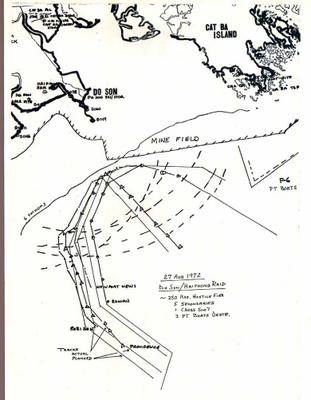 The attack brought retaliation in the form of North Vietnamese PT boats and a "surface action" followed:

Upon commencing retirement after firing at 10 targets, three NVN torpedo boats closed to attack. Initial NEWPORT NEWS' salvos appeared to damage one torpedo boat which slowed and retired from the action. A second was sunk, and after NEWPORT NEWS was joined by the DD, the third was damaged and set afire, and subsequently sunk by tactical aircraft. 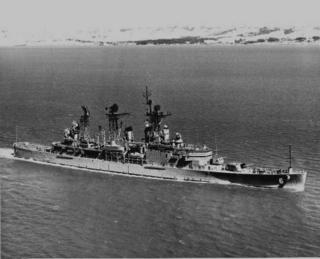 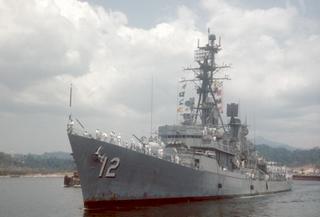 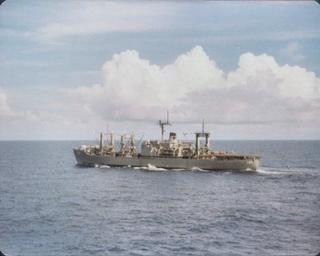 After all the action, NEWPORT NEWS rearmed from USS PYRO (AE-24) one of the ammunition ships supplying the gun line ships. A day in the life of one of the last heavy cruisers in the US Navy.

UPDATE: I forgot to add that NEWPORT NEWS' radio callsign in those days was "THUNDER" and I think they must have had a collection of deep-voiced Combat Information Center radio talkers, because when they called it was a memorable experience:
For example: "Stud Poker, Stud Poker* this is THUNDER, THUNDER, over"

UPDATE@: USS ROWAN crew view of the engagement here. Close to 300 men served in a Gearing class destroyer like ROWAN. There are many more stories we have yet to hear.
Posted by Mark Tempest at 10/15/2005 06:57:00 PM