Burundi to send 1,700 troops to Somalia 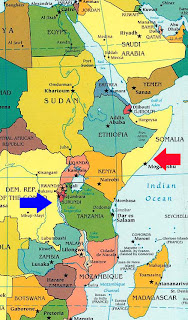 Burundi will send some 1,700 troops to Somalia as part of an African Union peacekeeping mission to stabilise the chaotic Horn of Africa nation, the army said on Sunday, adding that an advance team would leave in days.

Somalia’s interim government, whose forces ousted Islamists from Mogadishu and much of the south in December with help from Ethiopian troops, has called for the 8,000-strong AU force to be deployed as soon as possible.

Uganda is to send a 1,500-strong force in the next few days to Mogadishu, where frequent attacks underline the challenge facing the government in trying to tame a nation where anarchy has prevailed since dictator Mohamed Siad Barre’s 1991 ouster.