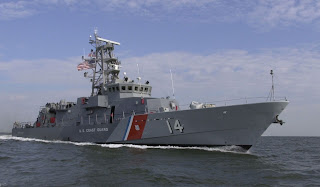 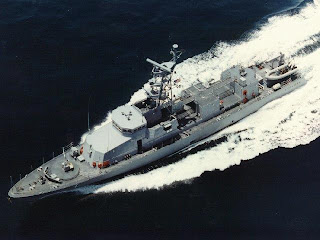 Although the small coastal patrol ships are enjoying a surge in popularity for littoral work by the Navy, the Coasties have a pressing need, as reported here:

The Coast Guard was to return the ships to the Navy at the end of fiscal 2008, according to a 2004 agreement between the two services.

But the Coast Guard faces a shortage of operational hours with its patrol boat fleet and is negotiating to keep the ships to meet mission requirements, Allen said.

The PC-179s, as the Coast Guard calls them, each support up to 2,500 operational hours per year for the Coast Guard.
***
Three Coast Guard’s five PC-179s are homeported in Pascagoula, Miss., and two are stationed in San Diego.

“Since we laid up the 123s, that is an area that certainly would have the most acute need,” explained Cmdr. Scott Smith, the Coast Guard’s legacy cutter facilities manager.

Under the original agreement, the coastal patrol boats were commissioned as Coast Guard cutters, with the Navy retaining ownership and paying for long-term maintenance and depot management, while Coast Guard crews manned and operated them.