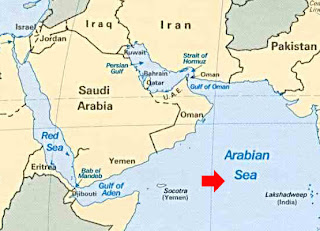 02.02.2007 1100 LT in position 10:40N - 062:07E, Arabian Sea.
A general cargo ship received a VHF call from a craft advising that she is a Korean fishing vessel and asked for fresh water. Master suspected piracy, raised alarm and steered away from the craft. Suspicious craft followed the ship. Master increased speed and at 1210 LT the craft gave up the chase. Soon after, another four small high speed crafts approached the suspicious craft whilst talking/laughing on VHF ch 14. The suspect craft was wooden, painted white and green with a speed of 15-20 knots with no fishing equipment on deck.