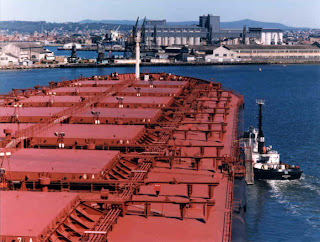 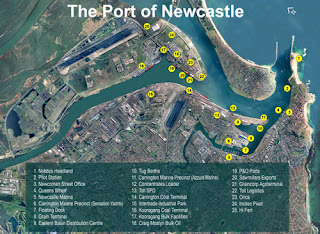 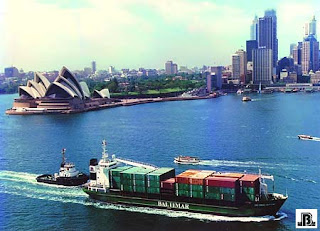 A flag of convenience ship carrying volatile ammonium nitrate is being towed back to Newcastle after its engine room caught fire.

The Australian Transport Safety Bureau said the engine or wiring of the Bahamas flagged Baltimar Boreas had caught fire, disabling the ship, after it left the Newcastle Port on Thursday night.

The fire had been extinguished and a tug had been sent to tow the ship back to Newcastle, where it was expected to arrive on Friday evening, an ATSB spokesman said.
***
"We want the government to come clean. We want to know why a foreign vessel is allowed to carry such high-risk cargo on the Australian coast, putting Australian port communities, our national security and the environment at risk.

"If this ship went up in smoke in Newcastle harbour it could take out the whole city. We want the government to tell the Australian people what is going on.

"Ammonium nitrate is used as an explosive in mining operations, as a fertiliser and is the weapon of choice for terrorists. It was ammonium nitrate that was used during the Bali bombings."