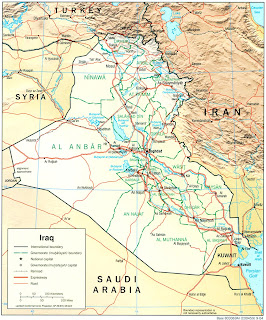 Baghdad Soldiers engaged gunmen attempting to smuggle weapons across the Tigris River by boat in a southeastern section of the Iraqi capital Feb. 23.

Members of 1st Battalion, 14th Infantry Regiment, attached to the 2nd Brigade Combat Team, 1st Cavalry Division, initially engaged two armed men on the west bank side of the Tigris River. The smugglers fled in their boat to the east side of the river, where they were joined by three other gunmen.

After an initial firefight, the five gunmen took cover in a bunker and a large shipping container along the river bank. They continued firing across the river at the troops. The Soldiers returned fire with small arms, and eventually used tank rounds to destroy the bunker and end the attack.