Richard Clarke has change of mind on Sparrows Point LNG? 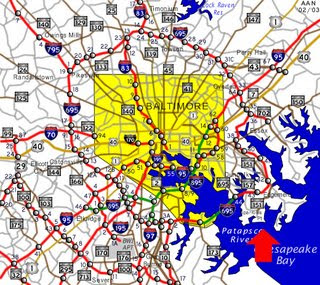 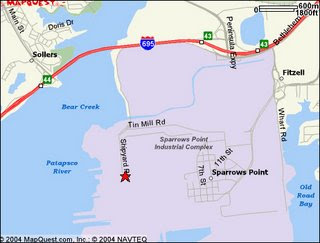 In the past, Clarke has made statements (see here and here) indicating that an LNG facility could be a viable terrorist target and has gone so far as to write in his 2004 book, Against All Enemies: Inside the War on Terror, that an attack on a similar facility near downtown Boston — which has since closed down — would have “wiped out” the city’s downtown area.

Having examined the local proposal, Clarke is saying that an LNG plant in Sparrows Point would be a highly unlikely terrorist target and does not pose a security threat.

See also here on Sparrows Point. From the interview:

Q: What about the security concerns about the proposed Sparrows Point plant?

A: First, let me talk a little bit about the process. We use a certain methodology to assess the security of a facility. We’ve just concluded our report of the AES Sparrows Point facility. The methodology says is there intent? And the answer is yes, there is intent. We know [Islamic extremist group] Al-Qaeda is interested in natural gas plants. Next we ask, do they have the ability? Yes. We’ll assume they can get into the country.

Q: Would [the Sparrows Point facility] fit their desire as a target?

A: [Al-Qaeda’s] desire as a target is a target that’s going to kill a lot of people. That’s their M.O. [Sparrows Point] is not that viable of a target.

A: The question of killing a lot of people if [the LNG tanks] blew up is very difficult to do.
Former White House counterterrorism chief Richard A. Clarke during an interview in Baltimore last week.

A: It would have to result in a significant breech of more than one of the three tanks. And then they have to ignite it.

Q: What about people’s fears about the proposed project being so close to local neighborhoods?

A: Where this facility is to be put, there’s nothing within a mile. If an attack is going to occur, it will likely be at the dock, which is safe out to a mile. There’s a fuzzy area past the mile. But with the work [terrorists] would have to do to get out that far, it would have to result in at least a three-container breech. And it doesn’t pass the test of large casualties. The area within the mile radius is essentially depopulated. When you compare that to the facility which we looked at in Boston, were they to attack that, we have estimates that it would exceed over 100,000 casualties.

Q: What are the chances of a terrorist attack in Sparrows Point?

A: The probability of them [launching an attack] here is remote. The transit route is the [Chesapeake] bay, which is pretty broad, and the deep shipping channel comes right up the middle and there’s nothing around it.

Q: What about the video Risks and Dangers of LNG? Have you had the chance to look at that?

A: Yes. It assumes a lot of things. It imagines a floating vapor cloud, which we and experts in the U.S. government think is darn near impossible. We can’t imagine a scenario where you would have a cloud. If you breach a container [or ship], which is hard to do, the [LNG] would pool on the water. It’s not going to turn into a vapor cloud. If it’s a slow drip, which would take a long time, it would disperse as soon as it gets into the wind. There’s a very vivid scene in the movie with a vapor cloud. It’s very good special effects. But I think all experts think it’s unrealistic.