The United States and the Philippines began drafting plans on Tuesday to deal with maritime security threats, including how to defend the Asian country's oil and gas rigs and pipelines from potential attacks.

About 130 military planners -- including observers from Australia, Indonesia and Malaysia -- will simulate several scenarios dealing with threats such as terrorism, piracy and smuggling over the next seven days.

As part of annual U.S.-Philippine war games, the countries will also look at other specific threats, such as potential terror threats on oil and gas platforms and pipelines.

UPDATE: The Malaysian Navy is paying a friendly visit to Cebu in the Philippines, too, as set out here:

The KD Baung and KD Pari, both fast attack vessels, arrived past 9 a.m. from their naval base in Sandakan, Saba, Malaysia, said Capt. Zyril Carlos, deputy commander of the Naval Forces Center (Navforcen). 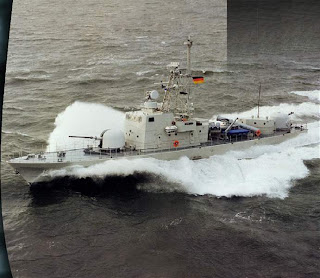 The visit of the Malaysian ships, Carlos said, was aimed at strengthening diplomatic ties between Malaysia and the Philippines, especially on cross border issues and other maritime concerns like terrorism, piracy and smuggling

Everyone seems to be at least looking at the same sheet of music.