Proof we have the House we deserve

House OKs "symbolic" measure opposing troop surge . What a bunch of chickens. Won't fade the heat of ending the war that they seem to feel now was so wrong and won't take a stand in favor of victory.

It's what you get when you vote in the irresponsible, "we'll say anything, promise anything" to get elected crowd to dominate politics.

Meanwhile, I hear a paraphrase of the quote from MacBeth: A non-binding House resolution is a resolution passed by idiots.."full of sound and fury. signifying nothing."

What collection of dodos. 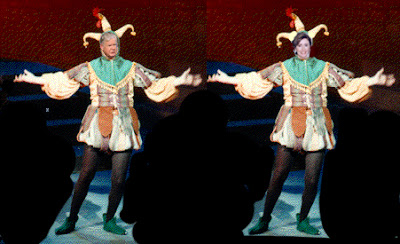 UPDATE2: Ralph Peters is a tad more articulate. (with a H/T to Chap).

And by "we deserve," I mean this is what you get when you decide not to vote or to send a message by voting in a collection of chowderheads because something about the old majority group irritated you. These morons believe they have a mandate.
Posted by Mark Tempest at 2/16/2007 05:16:00 PM