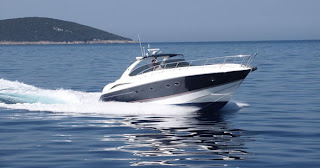 From National Defense Magazine, "No Silver Bullet for Thwarting Terrorists Aboard Small Boats":

Small boats provide terrorists with a myriad of options. They could be used in suicide attacks, as was the case in 2000 when al-Qaida operatives in Yemen rammed an explosives-laden dinghy into the USS Cole, killing 17 U.S. sailors. They could attack ships docked at shore, entering ports or sailing off the coast. They could deliver nuclear, biological, chemical or radiological devices, or be used to mine harbors, wrote James Carafano, senior fellow at the Heritage Foundation, in a paper entitled, “Small Boats, Big Worries: Thwarting Terrorist Attacks from the Sea.”

Ports can also be an entryway for terrorists, as was the case recently when gunmen struck Mumbai, India, and killed nearly 200 people.

“Mumbai was not an isolated incident,” said Allen. “We do know that the capability exists and I think that Mumbai just underscores that.”

The consequences of an IED attack on a U.S. port would be devastating, said Scott Truver, executive advisor for national security programs at Gryphon Technologies.