Not in My Country, Senator 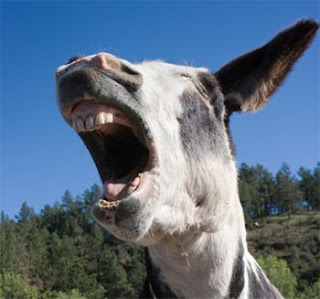 South Africa used one to try to get past apartheid after the end of white-minority rule.

Now, Senator Patrick Leahy of Vermont is proposing one to sift through all the wreckage of the Bush administration.

Leahy, chairman of the Senate Judiciary Committee, said in a speech today at Georgetown University that a "truth and reconciliation commission" could investigate abuses of detainees, politically inspired moves at the Justice Department, intelligence before the Iraq war, and other matters, according to the Associated Press.

Leahy said the primary goal of the commission would be to learn the truth rather than prosecute former officials. "I'm doing this not to humiliate people or punish people but to get the truth out," he said.

Human Rights First, which has been calling for an investigation of US detention of terror suspects, applauded Leahy.

Show trials do not belong in my country and I will fight them to the end of my strength. Further, if I have to move to Vermont to vote against Senator Leahy, I will do so.

Count me in as defense counsel and, I promise, that there will be a hell of fight before my services would be needed at that table, Senator.