Back in the 18th century there were extensive mining operations in Cornwall, England. As the shafts went deeper, however, groundwater flowed in, ruining the mines. After a number of false starts, an English inventor developed a steam powered pump that pulled the water from the mines. The inventor was Thomas Newcomen. Whether he was inspired by the work of Denis Papin is beside the point, Newcomen created the first viable steam powered pump system, using the Newcomen steam engine. The design involved a steam-powered piston moving a beam connected to a pump: 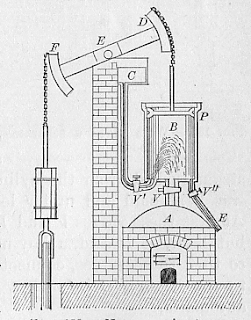 It consisted of a boiler Boiler A, usually a haystack boiler, situated directly below the cylinder. This produced large quantities of very low pressure steam, no more than 1 - 2psi (0.07 - 0.14bars) - the maximum allowable pressure for a boiler that in earlier versions was made of copper with a domed top of lead and later entirely assembled from small riveted iron plates. The action of the engine was transmitted through a rocking “Great balanced Beam” the fulcrum E of which rested on the very solid end-gable wall of the purpose-built engine house with the pump side projecting outside of the building, the engine being located in-house. The pump rods were slung by a chain from the arch-head F of the great beam. From the in-house arch-head D was suspended a piston P working in a cylinder B, the top end of which was open to the atmosphere above the piston and the bottom end closed, apart from the short admission pipe connecting the cylinder to the boiler; early cylinders were made of cast brass, but cast iron was soon found more effective and much cheaper to produce. The piston was surrounded by a seal in the form of a leather ring, but as the cylinder bore was finished by hand and not absolutely true, a layer of water had to be constantly maintained on top of the piston. Installed high up in the engine house was a water tank C (or header tank) fed by a small in-house pump slung from a smaller arch-head. The header tank supplied cold water under pressure via a stand-pipe for condensing the steam in the cylinder with a small branch supplying the cylinder-sealing water; at each top stroke of the piston excess warm sealing water overflowed down two pipes, one to the in-house well and the other to feed the boiler by gravity.
***
The pump equipment was heavier than the steam piston, so that the position of the beam at rest was pump-side down/engine-side up. When the regulator valve V was opened, steam was let out of the boiler filling the space in the cylinder beneath the piston. The regulator valve was then closed and the water injection valve V' briefly snapped open and shut sending a spray of cold water into the cylinder. This condensed the steam and created a partial vacuum under the piston. Pressure differential with the atmosphere then drove the piston down making the power stroke whilst raising the pump gear. Steam was then readmitted, driving the condensate down the sinking pipe and destroying the vacuum by pushing on a release valve snifter valve that opened to atmosphere. Meanwhile, the weight of the pump returned the beam to its initial position whilst driving the water up from the mine. This cycle was repeated around 12 times per minute.

Newcomen steam engines were neither mechanically efficient or cheap to operate. 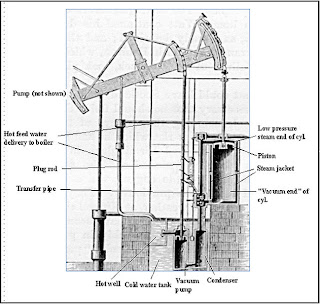 An improved version of the engine was developed about 1763 or so by James Watt. Because Watt had patent rights on his engine, real development of the Watt engine didn't begin until those patents expired.

As you might gather, the use of a "balanced beam" in such a machine gave this type of machine a name - a "beam engine." You might also note the early designs of these engines involved only creating vertical motion. Coupling that vertically moving shaft to an eccentric: 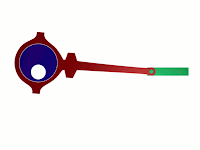 An eccentric in mechanical engineering is a circular disk (eccentric sheave) solidly fixed to a rotating axle with its centre offset from that of the axle (hence the word "eccentric", out of the centre).

It is most often employed in steam engines and used to convert rotary into linear reciprocating motion in order to drive a sliding valve or a pump ram.

Nearby is a drawing of the Later improvements to steam propulsion include the use of eccentrics to translate the vertical movement to the circular motion desired in the paddle wheels. This served to reduce the space needed for gears like those used by Fulton in Clermont. 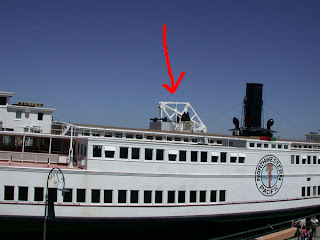 After centuries of ships being tied to manpower, horsepower or wind power, they were now free of the restrictions imposed such motive forces. Steam came to rules the waves, at least for temporarily. In Part II, we'll look at the the basic steam cycle and the conversion to steam turbines on ships.

Some more information on what happened when steam became the moving force for ships here. 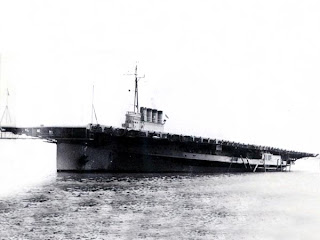