A liberal senator wants a "plan" for Somalia. You know where that leads.

Steeljaw offers up an early warning on missile proliferation International Conventions just in time to help out the Secretary of State.

Lex has a few thoughts on Attorney General of the United States Eric Holder's "nation of cowards" comment. As does this gentleman. And this guy. And this guy offers up a helpful hint on how not to get a conversation going: "Calling everyone a coward isn’t a good place to start."

Senator Leahy, who is pictured nearby, is back with his quest for 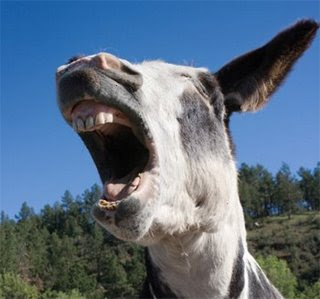 During the past several years, the U.S. has been deeply divided. This has made our government less productive and our society less civil. President Obama is right in saying that we cannot afford extreme partisanship and debilitating divisions. As we commemorate the Lincoln bicentennial, there is a need, again, "to bind up the nation's wounds." Rather than vengeance, we need an impartial pursuit of what actually happened and a shared understanding of the failures of the recent past.

I have previously made my feelings known on this sort of idiocy and I stand by them. What a smarmy sack of ..., you are, Senator.

Speaking of idiots, useful or otherwise, here's a nice shot at the U.S. State Department, which, after all, represents the U.S. and the hopes for meaningful democracy to the world.

Perhaps I just don't trust the powers in Washington, but since the President said he is opposed to reinstating the "fairness doctrine," I have been wondering if he was just setting up Congress to do the job for him. Betsy Newmark has a post on that very topic. Rush Limbaugh is involved.
Posted by Mark Tempest at 2/20/2009 10:05:00 AM