"Container is the most likely means for the terrorist organisations for illegal transporting of nuclear weapons. Hence, the serious concerns about container security," Mehta told reporters at a seminar on "Port Sector - Developments and Security".

He said the country from where a container leaves should issue safety certificates.

"Countries should certify that whichever container leaves the port is safe," Mehta added. 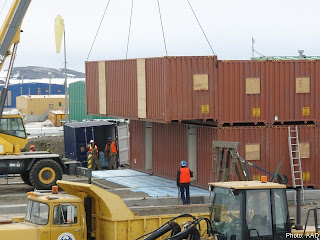 The fear that terrorists would use the sea route to strike became fact on Nov 26 when 10 armed terrorists slunk into Mumbai on boats to begin three days of mayhem that killed some 170 people.

We are working on an integrated security mechanism. As a part of this approach, we plan to install one scanner for cargo-scanning as well as having our own bomb detection and disposal unit here," said Jawaharlal Nehru Port Trust (JNPT) chairman SS Hussain.