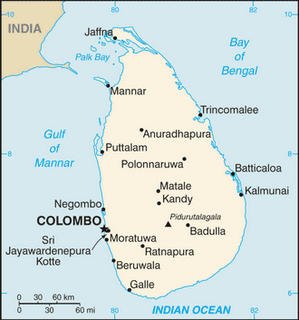 Terrorism trendsetters, the Tamil Tigers, claim to have used "kamikaze" aircraft on a mission against the Sri Lankan government, as reported here:

A Tamil Tiger plane on a "suicide mission" has flown into a government building in the Sri Lankan capital of Colombo injuring at least 39 people.

It smashed into Sri Lanka's main tax office, detonating a bomb and causing a massive explosion.

A second plane involved in the mission was shot down by Sri Lanka's air force as it attempted to get away.

The country's only international airport was shut down and flights diverted to neighbouring India, military officials said.

Airforce spokesman Janaka Nanayakkara said gunners had brought down one of the light aircraft near the international airport. Residents in Colombo said they heard blasts shortly after the electricity supply was cut off, plunging the capital and its half-a-million residents into darkness.

Anti-aircraft guns began firing into the night sky from several locations across the city.

Military officials say they tracked two aircraft which they believed to be those of the Liberation Tigers of Tamil Eelam.

Those planes operate out of a narrow strip of land still under their control in the north-east of the island.

The propaganda arm of the LTTE claims the attacks were on the Sri Lankan Airforce HQ and an airbase.

The military has recovered the wreckage of the aircraft and a body of the LTTE pilot from Katunayake area. The military, quoting initial investigation, said in a statement that that the pilot, whose body was found intact, had a large quantity of explosives and bombs inside the aircraft.

"The dead Tiger pilot was carrying two cyanide capsules and a powerful bomb with his seat," the statement said.