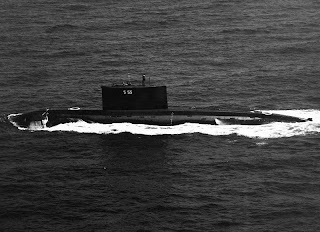 As Chinese ships transited to the waters off Somalia to engage in piracy prevention, the Indian navy did a little intelligence gathering, as set out in Indian submarine spooked Chinese warship:

An Indian Kilo class submarine spooked Chinese warships that were sent to patrol pirate infested waters in the Gulf of Aden and the two navies engaged in an hour long game of 'hide and seek' in international waters last month, Chinese media reports have said.
***
"It is a routine procedure. We do keep track of warships transiting near Indian waters through all means possible. However, the reports of the Indian submarine having surfaced are incorrect," a senior Navy Officer said.

The Chinese report, which first appeared Tuesday, had been picked up by numerous mainland Chinese websites a day later. Chinese warships have been patrolling in the waters off the Gulf of Aden, one of the world’s busiest sea routes, to prevent piracy attacks.

China has not officially commented on the incident, which reportedly ended when the Indian vessel left without further confrontation. 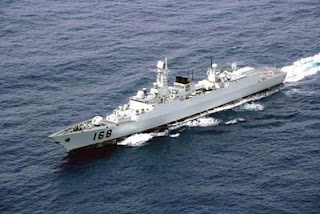 The Chinese ships had picked up sonar signals of an unidentified submarine, which the Chinese navy identified as a submarine armed with around 20 torpedoes belonging to the Indian navy, the South China Morning Post said in its report on the incident.

The submarine moved into deeper waters but was tracked by an anti-submarine helicopter, cornered and forced to surface. The submarine had been trailing the Chinese ships since they entered the Indian Ocean on its way to the Gulf of Aden, the paper said.

Welcome to the big leagues, China. I would guess the Indian navy was not the only group monitoring your deployment . . .

Some more at Bravo Zulu.

UPDATE: Just thinking - not much reason for the sub to be blasting away with sonar under these circumstances. . . you know, unless the skipper wanted to see what the reaction would be . . .
Posted by Mark Tempest at 2/04/2009 08:07:00 AM