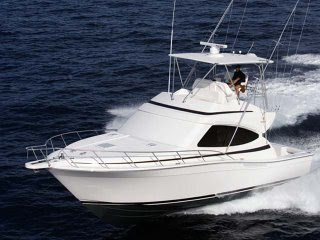 It's been a couple of years since charges were brought in the Joe Cool case. You might remember it as the case in which a couple of guys were found floating in a life raft with the crew of their chartered fishing boat missing (see here). The guys in the raft alleged pirates had done them and the crew harm.

Now there's been a murder conviction in the case:

After asking the judge to clarify the law on first-degree murder, federal jurors on Thursday convicted a former Hialeah security guard of killing four crew members aboard the Miami Beach charter boat, the Joe Cool.
***
Before the first trial, Zarabozo's partner, Kirby Archer, a fugitive from Arkansas, pleaded guilty to the four murders and one conspiracy count. He was sentenced to life imprisonment.

Archer, 36, and Zarabozo chartered the Joe Cool on Sept. 22, 2007, paying $4,000 in cash for a one-way trip to Bimini. Prosecutors say both men used the Bimini trip as a ''pretext'' to hijack the vessel to Cuba, sparking the fatal shootings at sea.