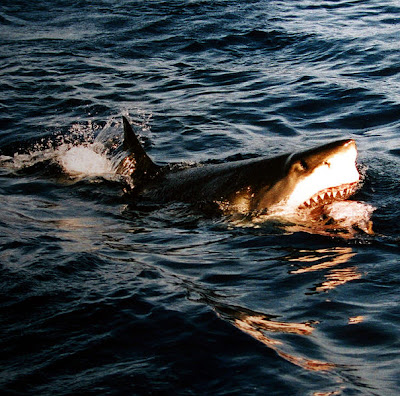 Pirates "rights" come to the fore, as set out in "Questions about evidence against suspected pirates":

Questions emerged Friday about whether the U.S. Navy can continue to hold a group of suspected pirates captured on the high seas and kept for now in floating jail cells ringed with barbed wire.

At issue are nine men, probably Somalis, seized off a small skiff in the Gulf of Aden on Thursday. A Navy ship fired warnings shots and sailors boarded the skiff and arrested the men after a distress call from an Indian-flagged merchant ship.

Although defense officials would not be specific, several acknowledged that there may not be enough evidence to hold the men for trial and that some or all might be returned to Somalia.

If a case can be brought, it will be among the first under a new arrangement with Kenya to take on prosecution of suspected Somali pirates.
***
"They obviously had some strong suspicions about these individuals and are right now mulling through the evidence they have to determine whether or not they can be prosecuted," Pentagon spokesman Geoff Morrell said Friday. "If there is insufficient evidence to do so, they'll have to make another determination, and that could well be repatriating them."

Morrell said the men would not be allowed to keep weapons including a rocket-propelled grenade launcher seized from their boat.

Oh, I dunno, I always carry my RPG with me when I go fishing. You know, in case a Great White Shark comes after me . . .

More about this sort of lawfare later. By the way, the photo is of a shark, not a lawyer . . . though it can be hard to tell the difference.

UPDATE: (2-15-09) One group expressing doubts of the fairness of the treatment of pirates by the U.S. by sending them to Kenya for trial is Human Rights Watch, as set out here:

Ben Rawlence of the New York-based Human Rights Watch tells VOA that his group is concerned that in its eagerness to bring pirates to justice, the United States may be overlooking a critical problem in Kenya, which is likely to affect the way pirates are detained and prosecuted.

"There are major, major problems with the Kenyan justice system," he said. "No one really is guaranteed the right to a fair trial in that system. The police have a terrible record of long periods of detention without trial, terrible conditions in the prisons, very poor record of access to legal representation, interminable delays in the court process. The Kenyan justice system is in a terrible state."
***
Rawlence says charges of mistreatment or abuse of suspected Somali pirates brought to Kenya under a vague, little publicized agreement could again stir up anger and resentment among Muslims in Somalia and the region.

"There is a very real risk that this agreement might be perceived as an attack on Muslims. Anything that the United States does is subject to a high degree of suspicion," he said. "Any kind of secret agreement is bound to spawn all sorts of speculation about what sort of nefarious practices are going on. So, it is in the interest of the U.S. and Kenya to be as open and as transparent as possible about this."

HRW has previously blamed the U.S. for Somalia's plight. I have been unable to locate an article by a HRW personage condemning the pirates for the way in which they treat their captive sailors or for their acts of piracy, or pirates shooting at ships and crews with automatic weapons and rocket propelled grenades.
Posted by Mark Tempest at 2/13/2009 06:33:00 PM