Photos of an interesting boat design attributed to the LTTE found by Sri Lankan military forces at a purported Tamil Tiger boat yard, as reported here in a typically florid piece from the SL government:

Troops of 58 Division on final phase of the Wanni liberating offensive uncovered the largest LTTE boat ever found during the Wanni offensive from northwest of Puthukudiyirippu yesterday, 23 February. , , 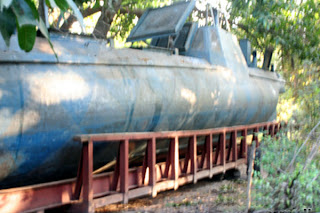 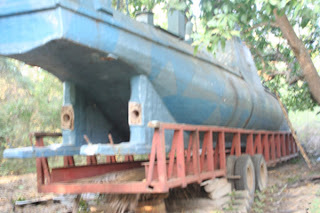 LTTE terrorists have removed the engine and other accessories of the boat and abandoned it on a trailer when it was recovered by the troops.

Troops in further search and clear operations were able to locate the boats manufacturing yard in 500m away this morning, 24 February. Machineries used for the boat production, prototype of the boat and the removed accessories of the boat were also found from the boat yard, military sources added.

To me the boat appears to be a semi-submersible design with two screws, two rudders. Judging by the rust level it may not have been an active project.

In addition, there have been recent reports of captured LTTE submarines (with link to SL government site) with more photos, some of which are below. As you may note, some of the craft pictured at the government site do not appear to be submarines. 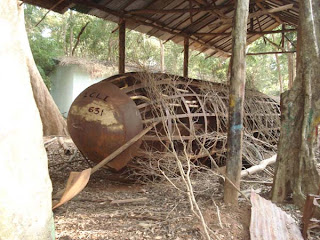 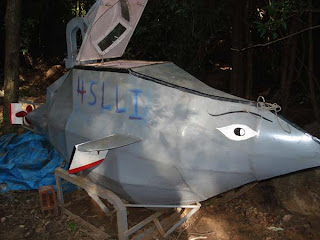 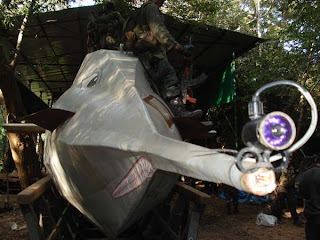 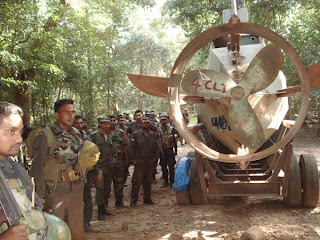 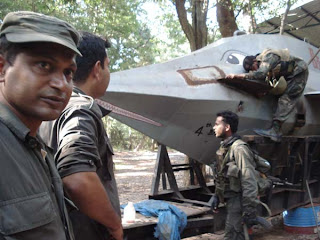