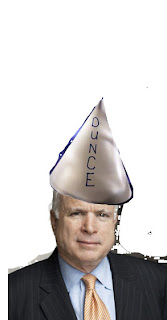 I was driving around performing business duties when I caught Rush Limbaugh reading the same McCain quote that Larry Kudlow hammers him for here:

When asked about gas prices at the pump, and whether they could go any lower, Sen. McCain said he didn’t think so because “You’ve got a finite supply, basically, and a cartel controlling it.”

Look, we have the Bakken fields, the outer continental shelf and all the offshore drilling opportunities, ANWR, and so forth. There’s probably over a trillion barrels worth of reserves out there. And Republicans in the Senate are trying to move a deregulated drilling bill through the process. McCain should be backing this and talking about it.

Democrats are out there pushing cap-and-trade, which would jack up gasoline and oil energy prices, damage the economy, and create a massive central-planning exercise. The Democratic Congress has done nothing to alleviate the oil shortage. They’re captured by the greenies. They should be blamed.

This is a real turnaround issue for the Republicans and Mr. McCain. But McCain’s not going there.

Incidentally, in the Today Show interview, the senator takes a whack at oil-company profits, suggesting they should return some of these profits to consumers. And he would consider voting for a windfall profits tax. And then he used the phrase “obscene profits.” Make that two oh my goshes.

Uh, from my economics courses I took when getting a MA in management, when prices of a commodity go up aren't there people out there who will offering substitutes for willing buyers?

Isn't that the way a free market is supposed to work?

If the government gets into the mix, won't it just kill the creativity of people who are out there looking at ways to create those substitutes?

I know McCain says he doesn't know much about economics, but...there are solutions for that. Here are a couple of book ideas for the Republican candidate... 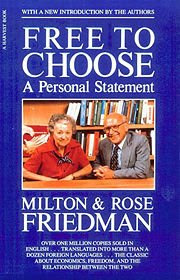 Heck, you can even watch Free to Choose on line here.

Here's something else that may also help put things in perspective (h/t: Fred Fry): 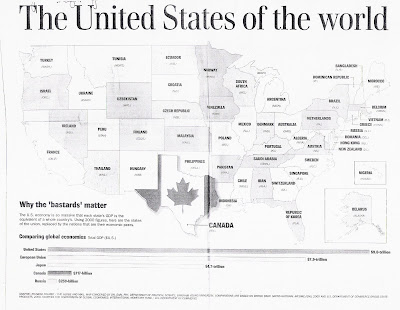 Further, and I may expand on this thought later, since Mr. McCain says he also wants to reduce the number of our soldiers, sailors and Marines who are in "harm's way" wouldn't encouraging development of things like our internal shale oil fields (more oil than Saudi Arabia!) allow us to draw our forces away from protection of some of the lines of communication (commerce) that now are so easily threatened by wackjobs?

Finally, I always thought that the Naval Academy discouraged you from blabbing about something you knew nothing about by saying something like, "I don't know, but I'll find out" instead on tap dancing on your private parts with golf spikes.