Gulf of Aden: People Smugglers "Worse than the sharks" 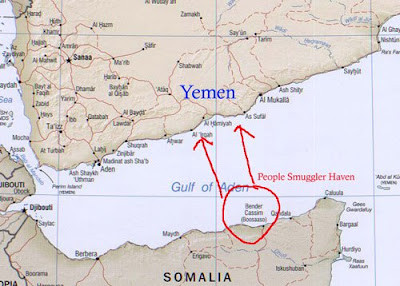 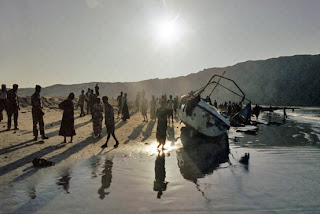 The gangs operating in the anarchic stretch of sea separating Somalia from Yemen are notoriously and consistently brutal. During the first 11 months of 2007, more than 26,000 people – mostly Somalis and Ethiopians – each paid US$ 50-150 to make the crossing. During that period, at least 1,030 people died or were reported missing – almost double the 2006 total. 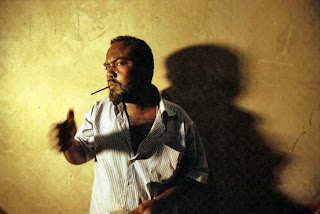 Many died atrocious deaths: stabbed and beaten by the smugglers; drowned after being dumped too far from the Yemen coast; or asphyxiated when too many people were crammed in a boat's hold. Some were 'luckier:' they were only raped, robbed, beaten or scalded by the engine. But they made it.
***
Yemen, which is one of world's poorest nations, is the only country in the Arabian Peninsula that has acceded to the 1951 UN Refugee Convention. For years it has kept its doors open and offered prima facie refugee status to all Somalis who make it across the Gulf of Aden (its generosity partly stemming from the fact that on some occasions in the past it was Somalia that provided a haven for Yemenis). 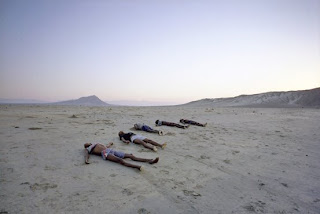 At the end of 2006, there were 95,000 refugees living in Yemen, 95 percent of whom were Somalis (other groups, such as Ethiopians, do not get automatic refugee status), and the numbers are rising – despite efforts on both sides of the Gulf of Aden to warn people of the dangers involved in dealing with smugglers.

Photos: (top) Yemeni soldiers guard a group of Ethiopian refugees beside the tiny fishing boat that brought them across the Gulf of Aden from Somalia.
UNHCR / A. Fazzina / 2007

(middle)A smuggler lights a cigarette as he watches over a group of refugees at a safe house in Bossaso. The former fisherman was drawn to people smuggling by the money – he makes around $5,000 a month ferrying people across the Gulf of Aden.
UNHCR / A. Fazzina / 2007

(bottom> A row of corpses line Al-Bedha beach at dawn. Following the arrival of a group of 365 refugees by boat the previous night, 34 corpses were washed ashore – either beaten to death by smugglers or drowned offshore.UNHCR / A. Fazzina / 2007
Posted by Mark Tempest at 6/07/2008 07:25:00 AM