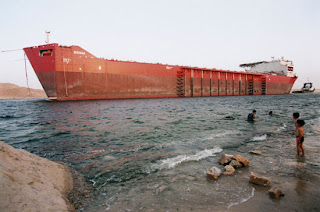 SEABORNE raiders this morning attacked Shell’s 312,500dwt FPSO Bonga, 75n-miles offshore Nigeria – and it is believed that some could still be hidden on the vessel. Shell stopped operations in the oilfield after the attack, shutting in a reported 200,000bpd. Details of damage or injuries to the FPSO’s personnel or infrastructure, or to the raiding gang, have not yet been disclosed. Rainer Winzenried, Shell International’s European media manager in The Hague, told LR-Fairplay’s Sea Sentinel today that details of the raid were not yet clear and that an investigating team flown in to the oilfield was still establishing facts and searching assets.

The giant Bonga floating production, storage and offloading (FPSO) vessel is in use at Shell's Bonga oilfield (discovered in 1993 and with a life of 20 years), which lies 120km off the coast of the Niger Delta, covering an area of 60km². The vessel, which became operational in 2004, is permanently installed in water depths ranging from 1,000m to 1,125m. 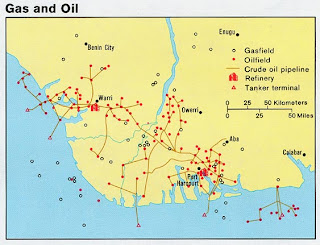 The Bonga FPSO was built by Samsung Heavy Industries in Korea for the owner operator, Shell Nigeria Exploration and Production Company Limited (SNEPCo) and the Nigerian National Petroleum CorporationShell. The hull has a length of 305.1m or 295m between perpendiculars. It has a moulded breadth of 58m. The design draught is 23.4m and it has a scantling draught of 23.9m.
***
The Bonga FPSO has a storage capacity of 324,233m³ (two million barrels of crude oil). The FPSO will also have a gas export facility of 150 million standard cubic feet per day. It can also carry 10,970m³ of diesel oil as well as 138,131m³ of water ballast. Its double bottom is laid out as sludge tanks.

The oil is contained in 15 cargo tanks arranged in a 5 x 3 configuration as well as five pairs of wing tanks full of water ballast. There are two diesel tanks, two methanol tanks and two slop tanks. The methanol tanks are separated from the other compartments by coffer dams.

Militants in speedboats attacked Royal Dutch Shell's main offshore facility in Nigeria on Thursday, cutting the country's oil output by a tenth and raising fears of a new campaign against deepwater installations.

The strike on Shell's Bonga field, which lies some 120 km (75 miles) off the coast and has a nameplate capacity of 220,000 barrels per day, forced the Anglo-Dutch giant to stop output from the $3.6 billion facility.

The rebel Movement for the Emancipation of the Niger Delta (MEND) -- which until now has mainly blown up oil pipelines and kidnapped expatriate workers in the shallow creeks of southern Nigeria -- warned the attack may not be its last in deep waters.
***
MEND said its main target had been Bonga's computerised control room, from where crude exports are coordinated, but its detonation engineers had been unable to gain access.

"Our next visit will be different," the group said.

More reason to drill and produce in friendlier waters - and encourage other rational fuels...
UPDATE2: 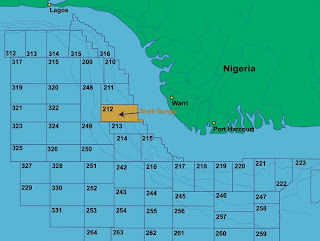 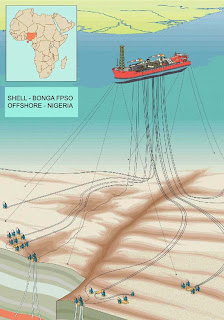