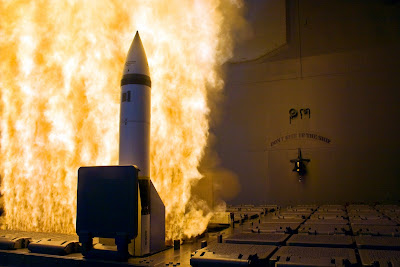 Steeljaw Scribe looks at naval aviation during the Allied invasion of Normandy (which went on for more than one day, in case you've misremembered).

SJS also has a nice post on the latest success story in ballistic missile interception here.

Chap get promoted and says it's terminal. There is a great deal of power in knowing that...if applied properly.

Dr. Walid Phares warns about premature speculation that al Qaeda is dead . Weakened and wobbling, but... at The Counterterrorism Blog.