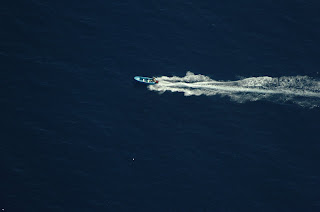 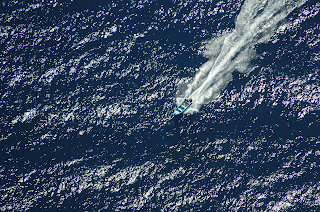 Crew on HMCS Calgary received a distress call yesterday morning from a vessel that had fallen under small arms fire. As the warship changed its direction and sped toward the attackers, the ship's Sea King helicopter was redirected toward the pirates to gather information, the Department of Defence said in a release.

The Calgary left Esquimalt on April 13, along with three other warships, for multi-month deployments around the world.

When the helicopter arrived, crews spotted two small boats that appeared to be armed near the vessel in the Gulf of Aden, about 120 kilometres off the coast of Somalia.

"I am convinced that the presence of our aircraft drove them away from the traffic lanes and prevented any further attack today on merchant shipping in the area," said Cmdr. Kelly Larkin, commanding officer of the multi-purpose frigate.

"We continued to monitor those two skiffs and their crew as they were heading back toward Somalia territorial waters."

"Pirate skiff" photos from here. More on the Canadian Sea King helo here. Photo of the Sea King herein is generic, not specific to this incident.

UPDATE: It appears that there are two men per boat. Difficult to see weapons, except perhaps a rifle in one man's lap. 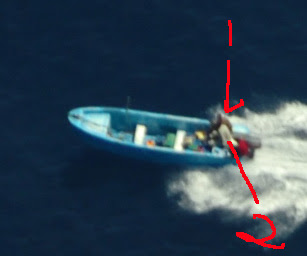 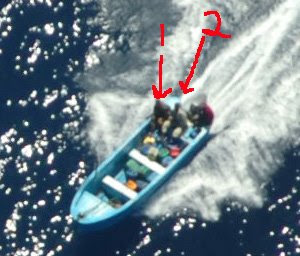 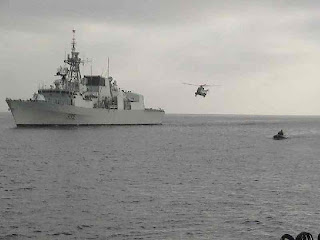