As They Always Have: Caribbean Pirates Attack Yachts

The pleasant life of island hopping on yachts in the waters of the Caribbean is occasionally disrupted by sea robbers, as reported in the LA Times piece titled Yachts encountering real pirates of the Caribbean:

Attacks on yachters across the Caribbean have marred the luxurious cruising life with increasing frequency as the number of vessels sailing the lush islands grows year to year, and with it the lure of valuables for thieves and drug traffickers in the region.
***
"What is new in the last two to three years is an increase in the use of weapons," said Melodye Pompa, administrator of the Caribbean Safety and Security Net website, a sailing community endeavor that logs thefts, robberies and assaults committed against boaters. "It's becoming more violent. I've tracked that across the region we cover."
*** 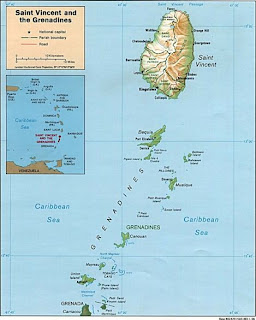 Most of the hundreds of incidents collected from 30 countries and territories over the last four years involve dinghy and outboard motor thefts or burglaries of boats while passengers were ashore. But guns and knives are being used more frequently, and dozens of incidents involving beatings and stabbings are among the crimes reported to the website, which compiles its statistics from charter operators, marinas, harbor masters and the victims.
***
Others with long experience sailing the Caribbean contend that it isn't so much that crime has increased, but rather the volume of cruising traffic and the means of communicating the incidents.

"There's definitely a concern, but it's really hard to say if there is more crime against yachts than there ever was or if dissemination of the information is just better now," said Sally Erdle, editor of the Caribbean Compass, a monthly newspaper published in Bequia, another island of St. Vincent and the Grenadines that is popular with the sailing crowd. "With the Internet, the yachts all e-mail reports of these incidents far and wide immediately, and also discuss them on yacht and ham radio nets." 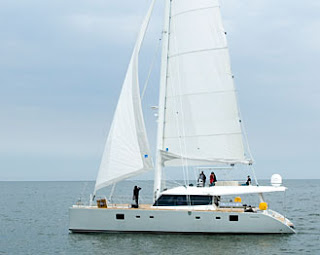 The seaboard jungle drums can also generate multiple reports of a single incident, she noted, "turning it into a dozen in the minds of the public."

It has always been a good idea to take precautions for one's own safety, whether in Omaha or St. Vincent. It is not an amusement park out there.

UPDATE: A good list of precautions to take - wherever you are in the world- when anchoring a yacht from Caribbean Safety and Security Net. Don't leave yourself too exposed. 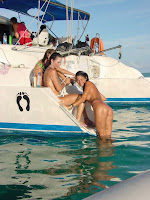