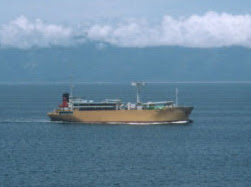 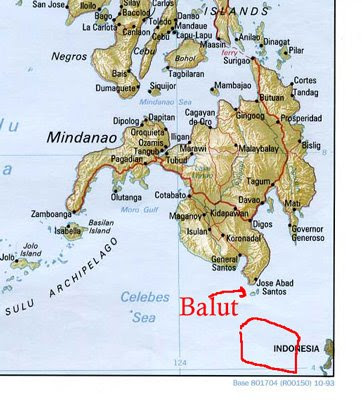 An Australia-bound cattle ship came under attack for a couple of hours off the Philippines as set out here:

The 4600-tonne merchant vessel Hereford Express, crewed by 22 Filipinos, was heading from a Philippines island to Broome to pick up cattle when it was fired on south of Mindanao Island on Saturday morning.

***
The vessel returned to port at Mindanao's General Santos City to formally report the attack and for repairs to its bridge, which was badly damaged by the shellfire.

Lt Balilo said he understood the attack was the first by pirates in that area and the first such assault on a livestock transport ship.

The MV Hereford Express had left General Santos City for Broome on Friday evening and was attacked at 9.45am (Brisbane time) on Saturday, about 70 nautical miles south of Balut Island.

"Attacks usually happen in the Malacca Strait," Lt Balilo said. "I have not heard of it happening in that particular area before."

Box on map is estimated area of attack. The article includes a warning to yachts to be careful in the area, too.

7.06.2008: 1000 LT: 03:18.5N-125:05.8E, Vicinity of Kepulauan Sangir, Indonesia.
Pirates in a speedboat chased and opened fire on a livestock carrier in ballast enroute to Australia. Master took evasive manoeuvres to prevent boarding and reduce casualties to crew and ship. Master informed managers who in turn contacted the Piracy Reporting Centre for assistance. The centre contacted authorities for assistance. The Authorities instructed their local units to assist and respond accordingly. After two hours of continuous firing and chasing, the pirate boat aborted the attempt. Master fearing further attack from pirate boat, discontinued passage to next port and returned to last port, Gen Santos port, Philippines with ETA – am - 08.06.2008. Ship sustained serious damages to bridge, communication equipment and hull. Further reports are awaited.