The UN World Food Programme has warned it may have to cut food aid to Somalia if it does not receive new naval protection against pirates.

French, Danish and Dutch frigates have protected deliveries for more than seven months during a surge in piracy, the WFP said.

But a Dutch frigate was scheduled to finish escort duties on Wednesday.

As many as two million people could be affected if the shipments cease, the WFP said.

The agency said shipping companies were reluctant to sail unescorted to Somalia, and it had no offers to take over escort duties from the Dutch navy.

About 80% of WFP aid to Somalia arrives by sea.

Here's thought - hire a Navy...surely the UN or WFP can scrape together enough money to interest some contractors to provide escorts for the WFP ships. They don't have to have a frigate, just something better armed than the Somali pirates. Logistics base would be in Kenya...near where the WFP ships load... 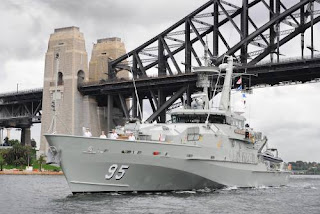 I'm thinking that if I (uh, I mean someone) could get something like this, there might be some business out there and perhaps off Nigeria... 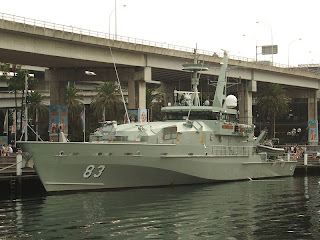