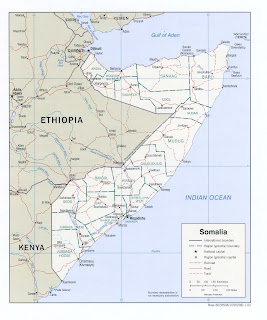 The Russian Bear is ready to join the world, as reported here:

If a decision is made, Russian naval ships are ready to head for the Somali coast where pirates recently seized a Dutch ship, an aide to the Russian Navy commander said Tuesday.

The cargo vessel the Amiya Scan, sailing under the flag of Antigua and Barbuda, was captured by Somali pirates on May 26 with four Russians and five Filipinos on board. Somali authorities sent military forces two days later to mount a rescue attempt. The pirates have threatened to kill the crew if any rescue attempt is made.

"If the country's leadership decides to send Russian military ships to the Somali coast, the navy will of course carry out this decision," Captain 1st Rank Igor Dygalo said, adding however that "the use of force in this case would be an extreme measure."

Following reports that the Somali government was ready to use force to rescue the ship's crew, Russia urged Somalia not to take any action that could put the lives of the crew in danger.

Dygalo reiterated on Tuesday that any action against the pirates should not put the lives of the captives in danger. The UN Security Council unanimously adopted a resolution on Monday permitting countries to enter Somali territorial waters to combat "acts of piracy and armed robbery at sea." 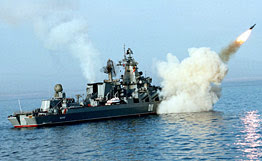 Until those orders come, the Russian cruiser Varyag "killer of aircraft carriers" is exercising off Vladivostok, as reported here. Last time I checked, the Somali pirates weren't overburdened with aircraft carriers, though.
Posted by Mark Tempest at 6/03/2008 09:26:00 AM