Latest ONI Worldwide Threats to Shipping Report (to 27 May 09)

The latest ONI Worldwide Threats to Shipping Report (to 27 May 09)can be found
here. Highlights:

3. PHILIPPINES: Police in the southern Philippines said they had foiled a bomb attack at a busy port, 25 May 09. The bomb was disarmed after employees of the Superferry shipping company's ticketing office in Butuan city's port of Nasipit alerted maritime police to a suspicious package left on the premises, police said. Ordnance experts called to the site found that the package contained a powerful bomb made from ammonium nitrate, an agricultural chemical used by insurgents to make explosives. Regional police commander Chief Superintendent Jaime Milla said no one claimed responsibility for the attack, although Islamic militants as well as crime gangs specializing in extortion are known to operate in nearby provinces. Milla said security had been stepped up at 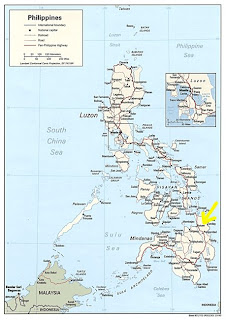 all ports and other key installations in the city to prevent any further attacks (AFP).

More on the last report here:

Members of the Explosives and Ordinance Team of the 1032nd Maritime Police were immediately dispatched to the area to recover the IED, which was later found to be home-made consisting of less than half a kilo of ammonium nitrate with nails connected to an electrical detonating device, Milla said.

Police immediately detonated the IED and no was hurt in the incident.

Milla said police have yet to identify which group was responsible for planting the IED, but said that it was “uncharacteristic or different from the bombs being used by terrorists in other parts of Mindanao.”

Email ThisBlogThis!Share to TwitterShare to FacebookShare to Pinterest
Labels: ONI