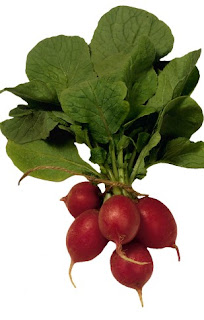 When you buy electricity from your local power company, the amount you pay is not just for raw electric power. You pay your share of the overhead operational cost of the power provider, including: the salaries of workers, their benefits, the offices, legal fees, the vehicles, the computers, the software, the pens and pencils and screwdrivers. Oh, yes, for the cost of that power plant and the fuel it uses and so forth. Among the many things you pay for are all the taxes paid by your energy provider - federal, state and local. Oh, and lobbyists to state and federal governments. In addition, in many states, power companies are local monopolies so the state has a commission to set a reasonable profit for the power company.

How is your share of the overhead and profit charged to you? Simple. The power company more or less estimates the amount of energy units it will provide to its customers and takes all those expenses it has and divides the expenses by the units and comes out with a cost per unit. When you use a unit of electricity, the power company bills you for cost per unit. They use their profit to pay back investor you provided money to build those power plants, or as a cushion against increases in fuel fees.

But, make no mistake, in using your air conditioner or stove, the power company is providing its product for a fee that covers its expenses plus a little.

In theory, every other company you deal with is doing the same thing. Whatever price they place on goods or services includes all the company expenses and a little profit. Of course, if you are buying electricity, you usually deal directly with the power supplier, with "no middleman mark ups!" When you buy a radish in a grocery store, each and every entity in the logistics train that got that radish on the shelf (grower, shipper, supplier, grocery store) adds in the cost of his overhead (and a little profit) along the way. And every single one of those entities is including taxes it will pay to federal, state and local governments as part of the price it charges for that radish, including income, social security, unemployment, etc plus property taxes on the radish fields, taxes on trucks, and all those other taxes "built into" the system.

How does the system deal with a tax increase? It adds it into the price charged for the radish, that's how.

Now, suppose you add a "new tax" on electric companies that use coal burning power plants to generate electricity. The electric supplier will add that "new tax" into its business model and pass along the costs to its customers. Who, in the case of a radish, will include the grower, the shipper, the supplier, the grocery store and, yes, the customer of the grocery store - you. And, in addition to paying a chunk of that tax on every single item you buy, whether radish or computer, you will also pay a chunk of the "new tax" as part of your monthly electric bill.

Do you understand? Ultimately 100% of the cost of a tax increase on the utilities will be paid by you, the consumer because the businesses just pass that cost on to you.

Now, with that context, here's Power Line - He Thinks You're Stupid:

In his press conference today, President Obama talked about the cap-and-trade energy tax that the Democrats are trying to ram through Congress. Obama's nose grew a couple of inches as he uttered this howler:

At a time of great fiscal challenges, this legislation is paid for by the polluters who currently emit the dangerous carbon emissions that contaminate the water we drink and pollute the air we breathe.

The idea that the energy tax will come to rest with "polluters"--that is to say, power companies, manufacturers, agribusinesses, and so on--is absurd. The cost will be passed on to consumers, as Obama himself admitted during a moment of candor during the campaign, when he said that electricity costs would "skyrocket" under his cap-and-trade proposal.

Obama isn't dumb enough to believe that the many billions of dollars in costs that his proposal will impose on energy companies, etc., will somehow disappear thereafter. But he thinks you are.

If he had been honest, he would have said:

At a time of great fiscal challenges, this legislation is going to be paid for by you, the American people, as a new tax.

Enjoy your radishes, you evil "polluter."

UPDATE: To be fair, let me point out that, assuming that our water is contaminated, our air polluted, and so on, wouldn't this be the time to have an honest debate about how much the American people are willing to pay for what level of de-contamination, de-pollution, etc? As it is we seem to be willing to be driven to more and more extreme and expensive measures arising from the ever increasing ability of scientists to detect levels of "contamination" in parts per billion or less. How much is "good enough?"

Email ThisBlogThis!Share to TwitterShare to FacebookShare to Pinterest
Labels: Taxes