Somali Pirates: Russians withdraw for monsoon, will come back later 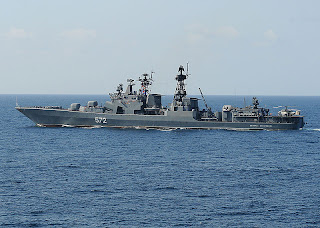 Despite a delayed start to the expected monsoon season and the predicted decline in pirate attacks, the Russian Navy is withdrawing elements of its Pacific fleet from the waters off Somalia, as set out here. The report also indicates that other units will be made available later in the year - about the end of the monsoon season - for anti-pirate patrols:

Russia's Pacific Fleet task force led by the Admiral Panteleyev destroyer is heading back to its base in Vladivostok after an anti-piracy mission in the Gulf of Aden, a Fleet statement said on Tuesday.

The Udaloy-class destroyer, accompanied by a salvage tugboat and two tankers, joined the anti-piracy campaign on April 27, 2009.

"A task force from the Pacific Fleet, which participated in an international anti-piracy mission in the Gulf of Aden, set a course for its home base in the port of Vladivostok. The arrival of the group is expected at the beginning of July," the statement said. 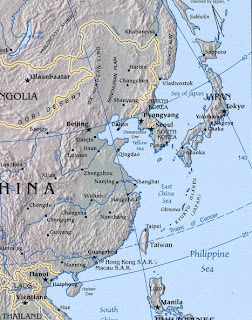 It also might prove useful to the Russians to have this part of their fleet available in the North Pacific near Korea.