All wind and wave maps from Weatheronline.co.uk. Click on them to enlarge.

Winds and waves picking up for most of the waters off Somalia, making small boat operations difficult. However, there are areas of the Gulf of Aden, undoubtedly well known to local fishermen, offering lower wave action, especially in the lee of islands or near the Bab-el-Mandeb entrance/exit from the Red Sea.

The number of pirate attacks is down as the monsoon winds have finally arrived, but mariners should still keep an eye out for pirates. The Somali pirates have proven very adept in changing their modus operandi and may have some new tricks for us.
Wind scale: 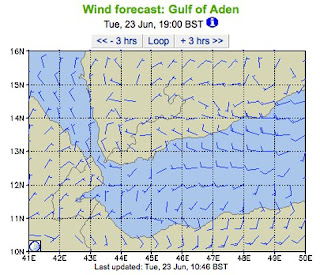 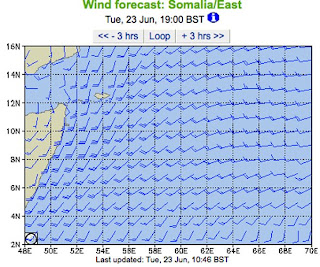 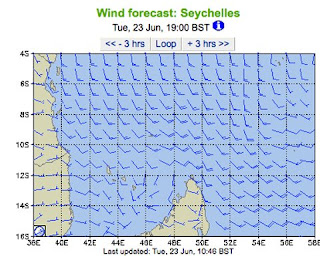 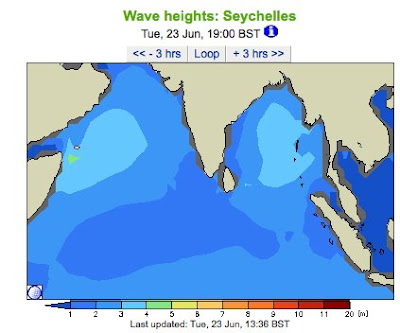