Honoring those who have fallen in the service of the United States, I refer to last year's post and continue to remember: 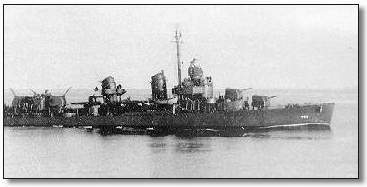 Four bombs plunged down upon the destroyer, one of which struck the bridge, killing and wounding all personnel within the structure. Lying dead among the ruins was her captain, Commander Charles E. Tolman. Two bombs smashed on her bow and another exploded below her waterline, splitting open her hull plating.

Severely crippled, DeHaven lost all power, came to a halt and began to settle swiftly by the bow. Five minutes after the last bomb had hit, the destroyer's bow was well under, her stern high out of the water. Ensign C.L. Williams, the only officer who was not wounded, realized that DeHaven was going down and passed the word to abandon ship. While the personnel below decks were scrambling to escape from out of the topsy-turvy hell in the lower compartments, DeHaven suddenly upended and plunged to her watery grave, taking 167 members of her crew down with her, to rest forever on the floor of "Iron Bottom Sound."

The men of Operation Tiger -

Shortly after midnight on 28 April 1944, nine German torpedo boats moved into Lyme Bay, along the southern coast of England near a place called Slapton Sands. Drawn in by heavier than normal radio traffic, they suddenly found themselves caught up in the midst of Operation TIGER -- one of several amphibious exercises secretly being conducted by the Allies in preparation for the Normandy Landing.

In minutes the German torpedoes hit their mark. One LST (landing ship, tank) was seriously crippled. Another burst into flames trapping many of the victims below deck. And a third sank immediately, sending hundreds of U.S. soldiers and sailors to a watery grave.

It was the costliest training exercise in all of World War II. As the bodies washed ashore in days ahead, the official count rose to 749. 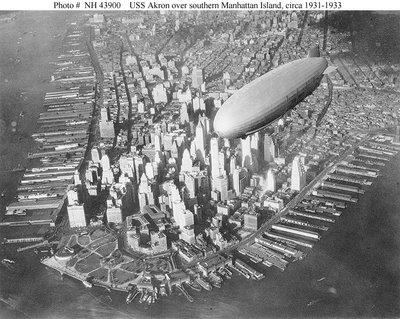 The US Navy aiship Akron, lost at sea with 73 men (and two more men on the rescue blimp J-3):

On the evening of 3 April 1933, Akron cast off from her moorings to operate along the coast of New England, assisting in the calibration of radio direction finder stations, with Rear Admiral Moffett embarked. Also on board were: Comdr. Harry B. Cecil, the admiral's aide; Comdr. Fred T. Berry, the commanding officer of Lakehurst's Naval Air Station; and Lt. Col. Alfred F. Masury, USAR, a guest of the admiral, a vice-president of the Mack Truck Co., and a strong proponent of the potential civilian uses of rigid airships.

As she proceeded on her way, Akron encountered severe weather which did not improve as she passed over Barnegat light at 2200 on the 3d. Wind gusts of terrific force struck the airship unmercifully around 0030 on 4 April, and pushed her down toward the sea. She crashed tail first and then sank in the stormy Atlantic. The German motorship Phoebus, in the vicinity, saw lights descending toward the ocean at about 0023 and altered course to starboard to investigate, thinking she was witnessing a plane crash. At 0055 on 4 April, Phoebus's men picked up Lt. Comdr. Henry V. Wiley, Akron's executive officer, unconscious, while a ship's boat picked up three more men: Chief Radioman Robert W. Copeland, Boatswain's Mate 2d Class Richard E. Deal, and Aviation Metalsmith 2d Class Moody E. Ervin. Despite desperate artificial respiration, Copeland never regained consciousness, but died on board Phoebus.

Akron's loss spelled the beginning of the end for the rigid airship in the Navy, especially since one of its leading proponents, Rear Admiral William A. Moffett, perished with her, as did 72 other men. As President Roosevelt commented afterward: "The loss of the Akron with its crew of gallant officers and men is a n, 1972ational disaster. I grieve with the Nation and especially with the wives and families of the men who were lost. Ships can be replaced, but the Nation can ill afford to lose such men as Rear Admiral William A. Moffett and his shipmates who died with him upholding to the end the finest traditions of the United States Navy." 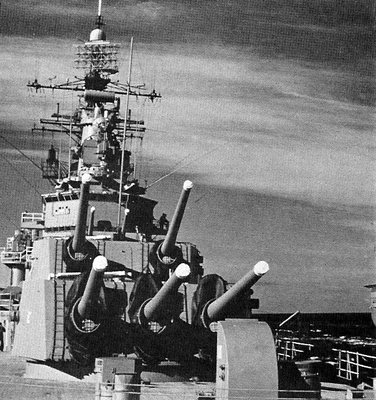 On this date, at about 01:00 while on a support mission off the coast of Vietnam, an explosion that tore through the center barrel of Gun Turret #2, killed 20 of our shipmates. Some died in the explosion, others died of smoke inhalation. An eight inch projectile jammed inside the center barrel as it was being fired. The powder casing behind the projectile fired inside the barrel, causing an explosion which had no place to go but into the gunner's compartment. Smoke quickly spread throughout the ship putting many of us at risk. Most of the ships company survived but at least 20 did not.

The eight dead of Desert One.

Those who died "attacking in a different direction" with the Frozen Chosin. 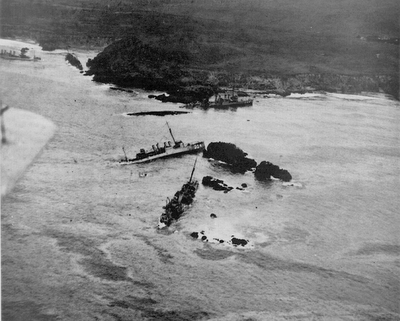 UPDATE: The 23 men who died in the grounding of DesRon 11 at Pt Honda. 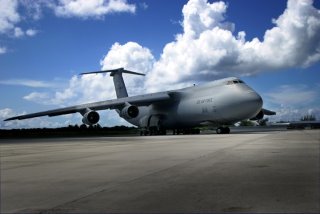 UPDATE2: The 11 Air Force personnel on the C-5 that crashed as part of Operation Baby lift.

Just 15 minutes after take off - as the plane approached cruising altitude just over the South China Sea - the back doors blew out and, along with them, some crew, staff and children. The rudder control for the plane was lost, but the pilot was skillful and somehow was able to turn the plane back toward Saigon, however, with no control over speed of descent. Just outside of Saigon, the plane impacted in a rice field at 350 m.p.h., bounced over the Saigon River and eventually came to rest in a rice paddy a few miles from the airport. The pilot was later given well-deserved credit that anyone survived.

UPDATE3: Mudville Gazette has a series of posts honoring heroes on Memorial Day. And at the Castle, a compelling series. 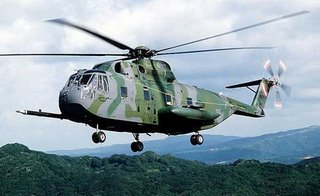 The thousands of others who names and faces we promised not to forget.

Once a year we honor them all. Memorial Day. 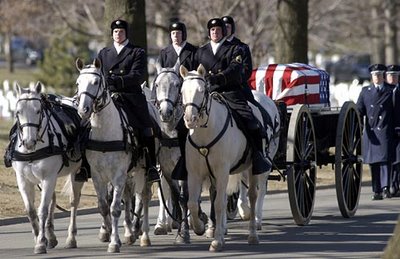