Fighting the pirates of Suriname 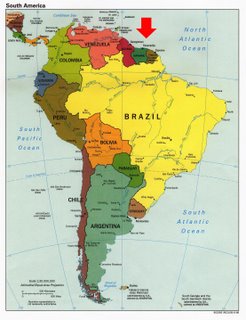 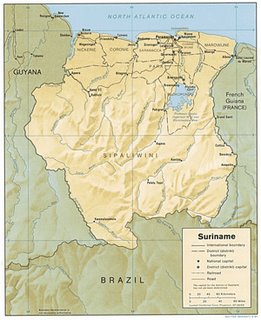 The local police take steps to fight pirates off Suriname:

The Suriname police force and the navy will intensify patrols in Surinameís fishing grounds along the coast, a police official informed. During the past weeks, fishermen have reported at least seven armed robberies at sea by pirates.

According to the victims the attacks took place along the entire coastal area stretching from the Potosibank in the west to Marowijne in the east.

At least three masked gunmen speaking English and Surinamese with a Guyanese accent are said to be involved in the attacks. At gunpoint victims were ordered to hand over not only the outboard motors of their vessels, but also other valuables, fuel and the catch, including dried and raw fish.
***
Controlling the fishing grounds is extremely difficult due to a lack of adequate and seaworthy patrol boats. Currently the government is studying proposals to establish a Coast Guard with assistance of the United States of America and the Netherlands.