Tuesday edition of the Sunday Ship History: The German Commerce Raider and the loss of the HMAS Sydney 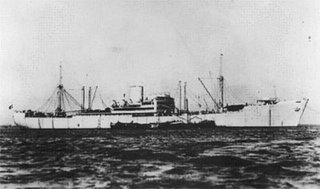 At the start of World War II, the German Navy knew that it needed to control the sea lanes that resupplied Great Britain. In addition to its U-Boat submarine fleet, the Germans had a number of "Auxiliary Cruisers" or "Commerce Raiders." As noted here:

The auxiliary cruisers of the Kriegsmarine were converted merchant, equipped with guns and torpedoes to attack Allied merchant shipping. The military equipment on board was camouflaged in a way that those ships still appeared to be "normal" merchant ships.

They carried enough material and paint to change their outer appearance often, like adding a second funnel, modifying the superstructure and repaint the whole ship. They often gave themselves the look of an existing allied merchant to deceive other allied ships.

Those ships archived some remarkable results. During their operations, the nine auxiliary cruisers sunk over 140 ships with over 700000 t.

The biggest of these converted ships was the Kormoran , which was armed to the teeth:

The ship operated in the North Atlantic until April 1941, when sailed into the Indian Ocean. 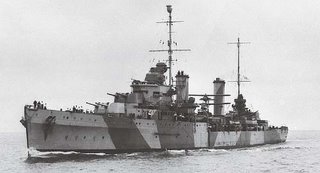 Later in 1941, the Kormoran was approached by the Australian cruiser HMAS Sydney, who believed the Kormoran to be the Dutch merchant she was using as a disguise. On November 19, 1941, as the Sydney grew suspicious of Kormoran's inability to respond with proper codes, Kormoran opened fire on Sydney. The battle was on:

Depending upon which report you read, the Sydney was located somewhere between 900 and 1500 metres away when the Kormoran opened fire, hitting Sydney with her 15-centimetre guns and a torpedo. The Australian vessel quickly caught alight, but was able to return fire, hitting the Kormoran in the engine room, which started an uncontrollable fire. Within five minutes of the commencement of action, both vessels were mortally wounded. Both ships sank during the night.

Five days later, two boats containing 103 German survivors landed at Quobba, north of Geraldton, and were taken to Carnarvon gaol. Another 213 survivors were picked up from lifeboats at sea. Seventy-eight German sailors remained unaccounted for. But no trace was ever found of the 645 officers and crew of HMAS Sydney - nor have the wrecks of either ship ever been located.

The loss of the entire crew of HMAS Sydney is the worst naval loss in Australian history. 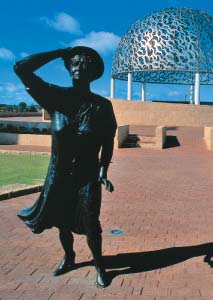 As far as I can determine, HMAS Sydney is the only warship lost to a German surface raider.