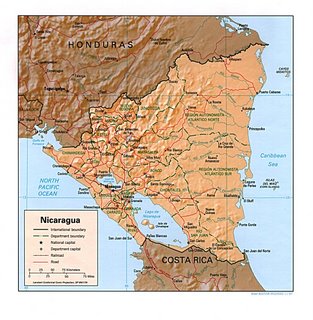 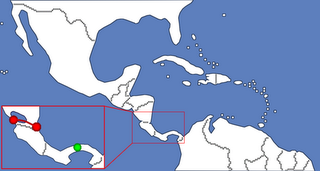 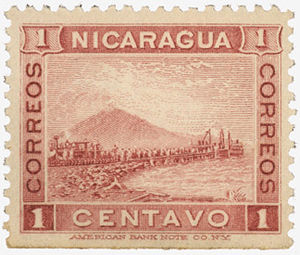 Once upon a time, the Panama Canal was to be built in Nicaragua. Now, Nicaragua is floating the idea of a canal again, as set out here.

Nicaragua has announced plans to build a waterway linking the Pacific and Atlantic that would carry bigger ships than the existing Panama Canal.

President Enrique Bolanos said the new route - which would cost $18bn (£9.5bn) and take 12 years to complete - was needed for the rise in world shipping.
***
If built, the Inter-Oceanic Nicaragua Canal would cut time and several hundred miles off the route from China to Europe or North America.

Map showing Panama and Nicaragua
It would also carry super-ships of up to 250,000 tonnes, significantly bigger than the vessels that currently pass through Panama.

Nicaragua has long held dreams of its own canal and was considered a potential route before the Panama waterway was constructed.

As noted in this Wikipedia article, Panama got the canal when lobbyists sent each U.S. Senator a Nicaragua postage stamp showing the Momotombo volcano.

UPDATE: Sharp-eyed reader JC spotted that the original stamp posted was incorrect. Proper stamp, as identified here, is now on the page.
Posted by Mark Tempest at 10/04/2006 10:30:00 PM