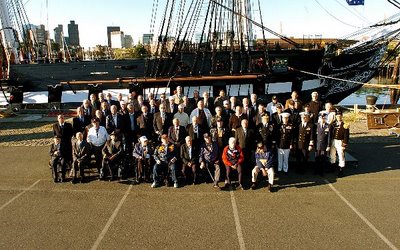 A gathering of heroes:

Charlestown, Mass. (Sept. 30, 2006) - More than 70 Medal of Honor recipients gather for a group photo in front of USS Constitution, the world’s oldest commissioned warship afloat, for a turnaround cruise and Medal of Honor flag presentation in Boston Harbor. The Medal of Honor is our country's highest military honor, awarded for acts of valor above and beyond the call of duty. U.S. Navy photo by Mass Communication Specialist 1st Class Chad J. McNeeley 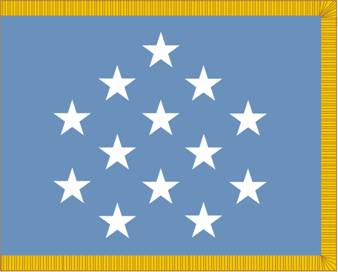 Medal of Honor flag information here.
More on the ceremony:

More than 60 Medal of Honor recipients took part in a special Medal of Honor flag presentation in a ceremony aboard USS Constitution, "Old Ironsides," here Sept. 30.

The flag was created by an Act of Congress and signed into law by President George W. Bush Oct. 23, 2002. Each service was charged with presenting the flag to its recipients in an appropriate ceremonial manner.

The flag can only be presented to a Medal of Honor recipient or a recipientís primary next of kin by a top-ranking member of the armed forces.