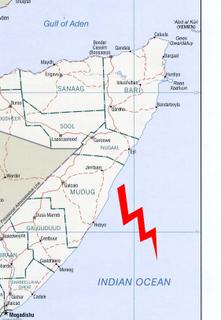 Once again, the Somali pirates allegedly have released the World Food Program vessel M/V Semlow (and one other seized since) as reported here.

Reports from Harardhere town in central Somalia say the hijackers who held two ships in that area finally released them and all crew. This sudden move happened after town and area elders persuaded them to do the right thing. Both ships are now on their way to a makeshift port near Mogadishu. The main Mogadishu port has been close for many years.

The last time a release was alleged, it was not true. That was 15 days ago.