Hooded paramilitary gendarmes of an anti-terrorist unit, carried by five Puma helicopters, were lowered on ropes to take control of the Pascal Paoli cargo ship, belonging to the Societe Nationale Maritime Corse-Mediterranee, or SNCM, which serves Corsica and North Africa. The operation, in which maritime police also boarded, was shown on LCI all-news television.

The ship was hijacked in Marseille by members of the Corsican Workers' Union, or STC, late yesterday and sailed to the French Mediterranean island of Corsica. It was heading into the northern Corsican port of Bastia when the gendarmes, who are under Defense Ministry command, went in. The ship then turned back toward the French mainland.

Will the "hijackers" be treated as pirates at their trial? 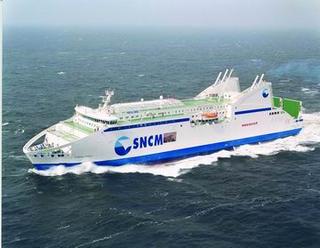